We believe that Islam is much more than just a religion. We believe that it is a way of life. The following info shows some light to some common questions that are posed by individuals who want to learn more about Islam.

If you have any detailed questions or want an answer on a specific topic, please feel free to email us at This email address is being protected from spambots. You need JavaScript enabled to view it.. 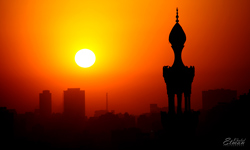 The Arabic word ‘Islam’ simply means ’submission’, and derives from a word meaning ‘peace’. In a religious context it means complete submission to the will of God. Islam teaches that all religions originally had the same essential message—which was to submit whole-heartedly to the will of God and to worship Him and Him alone. For this reason, Islam is not a new religion but is the same divinely revealed Ultimate Truth that God revealed to all prophets, including Noah, Abraham, Moses and Jesus. Islam is both a religion and a complete way of life. 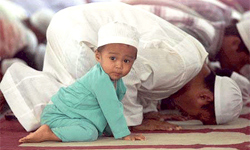 Who are the Muslims?

Over one billion people from a vast range of races, nationalities and cultures across the globe - from the southern Philippines to Nigeria - are united by their common Islamic faith. About 18% live in the Arab world; the world’s largest Muslim community is in Indonesia; substantial parts of Asia and most of Africa are Muslim, while significant minorities are to be found in the Soviet Union, China, North and South America, and Europe. 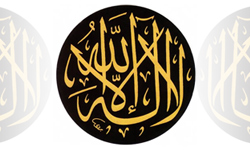 What do Muslims believe?

Muslims believe in One, Unique, and Incomparable God. They believe in the Day of Judgement and individual accountability for actions. Muslims believe in a chain of prophets beginning with Adam and including Noah, Abraham, Ishmael, Isaac, Jacob, Joseph, Job, Moses, David, Solomon, and Jesus. God’s eternal message was reaffirmed and finalized by the Prophet Muhammad (pbuh) (peace be on them all). One becomes a Muslim by saying, “There is no deity but God, and Muhammad (pbuh) is the messenger of God.” By this declaration, the person announces faith in all of God’s messengers. 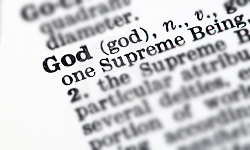 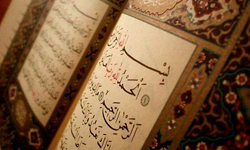 What is the Quran?

The Quran is a record of the exact words revealed by God through the Angel Gabriel to the Prophet Muhammad (pbuh). It was memorized by Muhammad (pbuh) and then dictated to his Companions, and written down by scribes, who cross-checked it during his lifetime. Not one word of its 114 chapters (Suras) has been changed over the centuries, so that the Quran is in every detail the unique and miraculous text which was revealed to Muhammad (pbuh) fourteen centuries ago.

It deals with all the subjects which concern us as human beings: wisdom, doctrine, worship, and law, but its basic theme is the relationship between God and His creatures. At the same time it provides guidelines for a just society, proper human conduct and an equitable economic system. 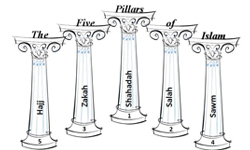 What are the “Five Pillars” of Islam?

1) The Declaration of Faith - There is no god worthy of worship except God and Muhammad (pbuh) is His messenger. This declaration of faith is called the Shahada, a simple formula which all the faithful pronounce. In Arabic, the first part is la ilaha illa Llah - ‘there is no god except God’; ilaha (god) can refer to anything which we may be tempted to put in place of God - wealth, power, and the like. Then comes illa Llah: ‘except God’, the source of all Creation. The second part of the Shahada is Muhammadun rasulu’Llah: ‘Muhammad is the messenger of God.’

2) Prayer - Muslims perform five obligatory prayers each day. Islamic prayers are a direct link between the worshiper and God. Islam has no hierarchical authority or priesthood. A learned Muslim chosen by each congregation leads the prayers.

3) Zakat - One of the most important principles of Islam is that all things belong to God and that wealth is held in trust by human beings. Zakat, or charitable giving, “purifies” wealth by setting aside a portion for those in need. This payment is usually two and a half percent of one’s capital.

4) Fasting - Every year in the Islamic lunar month of Ramadan, Muslims fast from first light until sunset. The fast is another method of self-purification.

5) Pilgrimage - A pilgrimage to Mecca, or Hajj, is an obligation for those who are physically or financially able. Pilgrims wear special clothes: simple garments which strip away distinctions of class and culture, so that all stand equal before God. 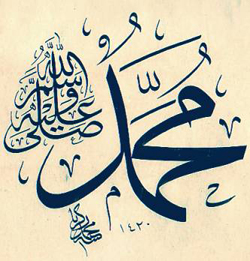 Who is Muhammad (peace be upon him)?

Muhammad (pbuh), was born in Makkah in the year 570, at a time when Christianity was not yet fully established in Europe. Since his father died before his birth, and his mother shortly afterwards, he was raised by his uncle from the respected tribe of Quraysh. As he grew up, he became known for his truthfulness, generosity and sincerity, so that he was sought after for his ability to arbitrate in disputes. The historians describe him as calm and meditative.

Muhammad (pbuh) was of a deeply religious nature, and had long detested the decadence of his society. It became his habit to meditate from time to time in the Cave of Hira near the summit of Jabal al-Nur, the ‘Mountain of Light’ near Makkah. At the age of 40, while engaged in a meditative retreat, Muhammad (pbuh) received his first revelation from God through the Angel Gabriel. This revelation, which continued for twenty-three years, is known as the Quran. The Mountain of Light where Gabriel came to Prophet Muhammad (pbuh).

As soon as he began to recite the words he heard from Gabriel, and to preach the truth which God had revealed to him, he and his small group of followers suffered bitter persecution, which grew so fierce that in the year 622 God gave them the command to emigrate. This event, the Hijra, ‘migration’, in which they left Makkah for the city of Madinah some 260 miles to the north, marks the beginning of the Muslim calendar.

After several years, the Prophet and his followers were able to return to Makkah, where they forgave their enemies and established Islam definitively. Before the Prophet died at the age of 63, the greater part of Arabia was Muslim, and within a century of his death Islam had spread to Spain in the West and as far East as China. 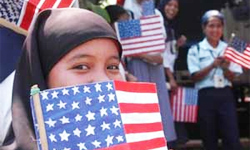 What about the American Muslim community?

There are an estimated 7 million Muslims in America. The Muslim community in America is made up of people from a wide variety of ethnic backgrounds and national origins. There are almost 2,000 mosques, Islamic schools and Islamic centers in America. Muslims are active in all walks of life. Islam is one of the fastest growing religions in this country and around the world. 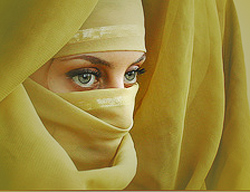 What about Muslim women

Under Islamic law, women have always had the right to own property, receive an education and otherwise take part in community life. Men and women are to be respected equally. The Islamic rules for modest dress apply to both women and men equally. (Men cannot expose certain parts of their bodies, wear gold or silk, etc.) If a particular society oppresses women, it does so in spite of Islam, not because of it. 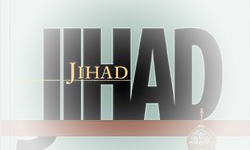 Like Christianity, Islam permits fighting in self-defense, in defense of religion, or on the part of those who have been expelled forcibly from their homes. It lays down strict rules of combat which include prohibitions against harming civilians and against destroying crops, trees and livestock.

“Jihad” does not mean “holy war.” Literally, jihad means to strive, struggle and exert effort. It is a central and broad Islamic concept that includes struggle against evil inclinations within oneself, struggle to improve the quality of life in society, struggle in the battlefield for self-defense (e.g., - having a standing army for national defense), or fighting against tyranny or oppression.

MSA-WSU is currently involved with, or is planning activities like, the following: